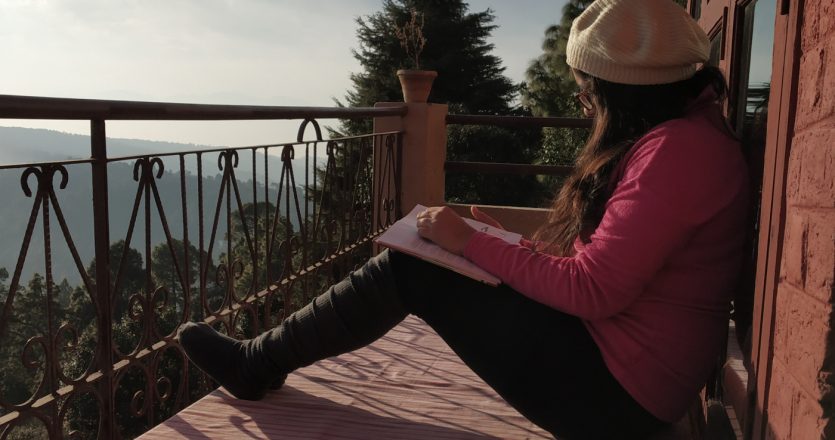 A detour to the offbeat – Manila Travelogue by Ghaniya Aureen

“You could go trekking in the night too. People do that. But you have to be careful as there are leapords in the forest.” Said the chai vaala at the base camp of Dayara Bugyal. If only we had known that we could trek after dark, it would have saved us a day.
Well we face this every time we visit a new place. No matter how much you read about it, nobody can tell you better than a local would. And we always felt a void between wondering about a lot of things, assuming what they could mean and what they actually meant.

So this new year’s day, we decided to visit with MylocalDost, who have some really offbeat places with some local hosts to make the travellers explore like a local resident.

We only had 2 days with us so the place had to be close to Delhi. We narrowed down our choices to Manila, a little village in the Almora district of Uttarakhand snuggled in the Kumaon region. We were told that we will have a homestay all to ourselves and that the balcony has a view of some prominent peaks like Nanda Devi, Trishul and Panchachuli. So we set off for the destination in the night of 31st of December on our Bajaj Dominar 400. 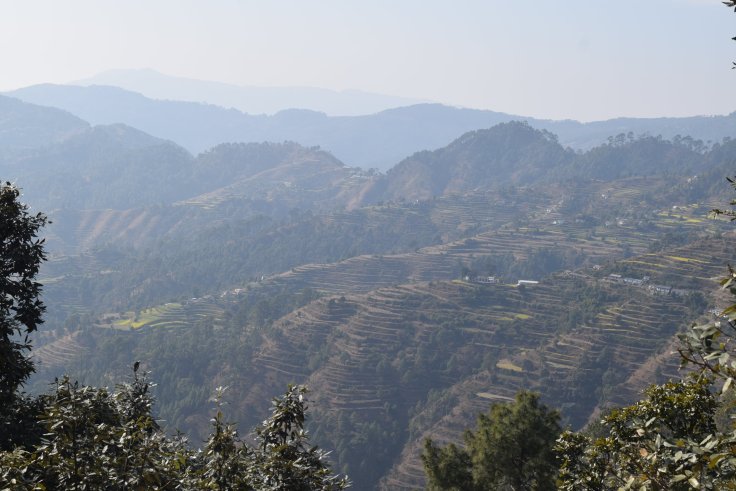 The total distance is 365 km. The roads are good for most of the time but you can find patches due to construction around Moradabad.

We took a break in the midnight and did the New Year’s countdown in a hotel room. We started for Manila at 11 in the morning. As we crossed Ramnagar and entered into Jim Corbett, the roads became beautiful. It’s was an amazing experience riding through Jim Corbett. You find dense forest on both the sides of the road. It is cold and humid. There are a few streams flowing through the roads too. You are accompanied by the open Safari Jeeps and the road is well kept. Just adhere to the speed limit and do not honk. 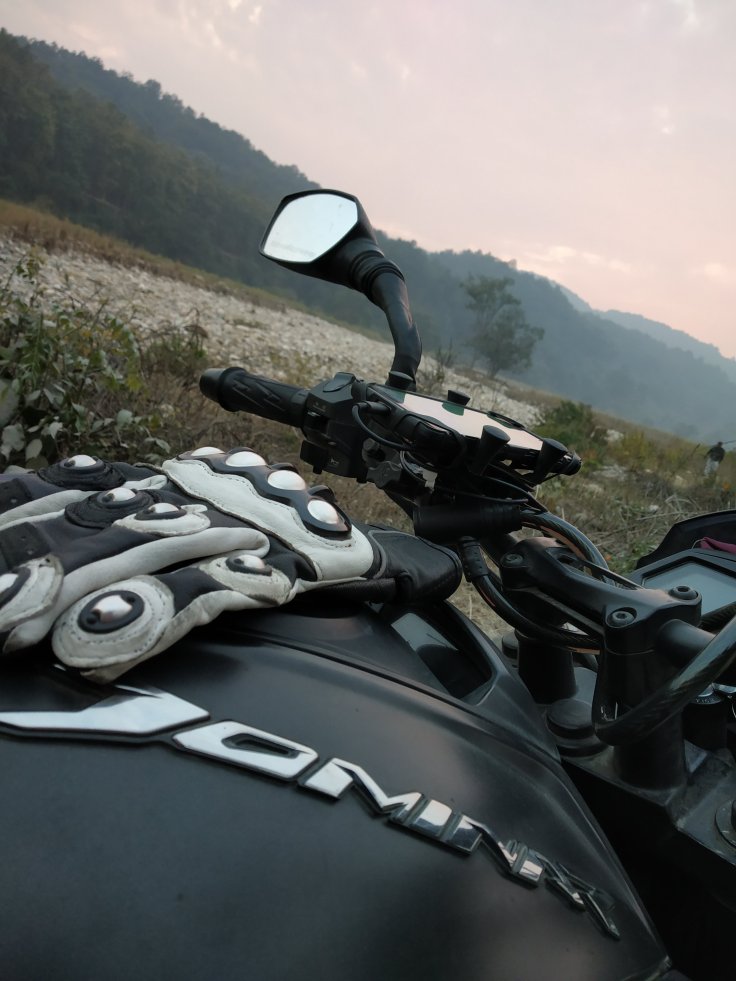 Our ride through Jim Corbett

We took decent number of breaks and were late by our expected arrival. We got a call from our host Mr. Ravinder Ravat as we were some 30 km away. It was 5.30 and the dawn had fallen already. We knew that we had missed the jungle walk that our host is known to arrange for his guests which is a thrilling experience in its own. He gave us directions on the call as the place is offbeat and is hard to locate on Google maps.

We were following map for Manila Devi temple but when we realised it’s heading inside a dense forest we called Mr. Ravat for assistance. Realising that we came a little ahead, we took a U-turn and reached his place. 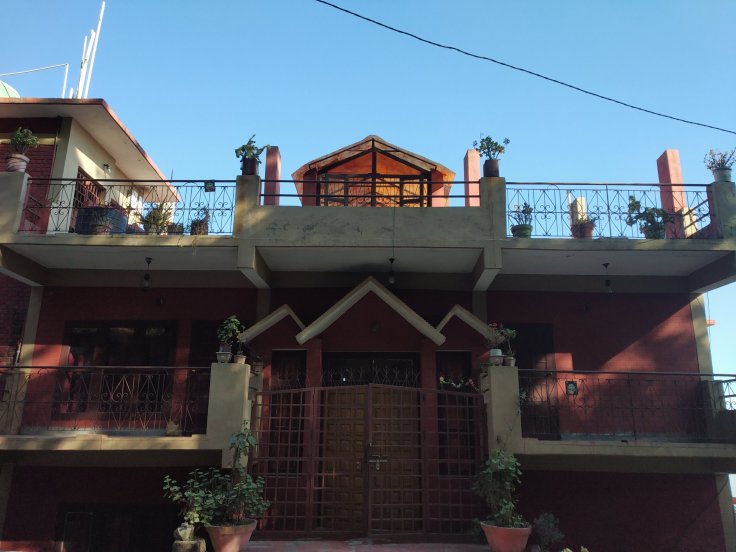 Our Stay Amidst the Mountains

It was dark already and the temperature had fallen to 2 degrees. As we got down from our bike, Mr. Ravat with his guy Ballu was waiting for us outside. He called out for me to get in and said that Yaduraj and Ballu will take care of the bags. I was hesitant in the beginning as we were at a totally strange place with forests all around and only that one house stood in isolation. “Come on, you get in. It’s cold. We will take care of the things.” He said again. I looked back, Yaduraj was unfastening the bungees. I thought I would wait, but then the cold drove me to the opposite. I followed Mr. Ravat in and entered a dimly lit room. I took off my shoes and he led me up the stairs. He opened the door for me to a room and I saw a fireplace burning in the corner. I sat down taking my mittens off. Mr. Ravat went out for Yaduraj and asked Ballu to pour me a warm glass of water saying, “Have this, you must be dehydrated”. 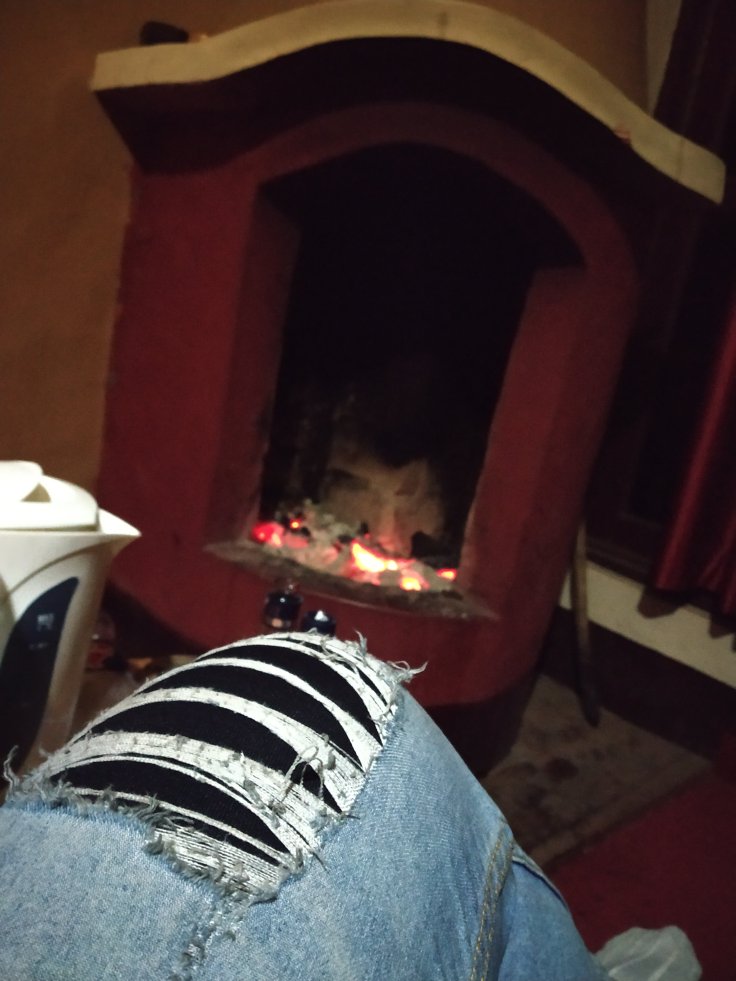 We settled near the fireplace and had tea. Mr. Ravat showed us around the house and asked us to take whichever room we liked. We took the one with the balcony that showed the peaks (well that’s what we had gone for). We changed and returned to the fireplace. Mr. Ravat asked if we wanted to have drinks. We agreed. “Would you like to have it in the jungle?” Both of us looked at each other. It was 9.30 pm already. So we asked him if it was okay to go at this time of the night. He answered with great excitement that it was. We were tired but I was very certain that if we go, we will have an amazing memory to look back to. So our host drove us to the forest. 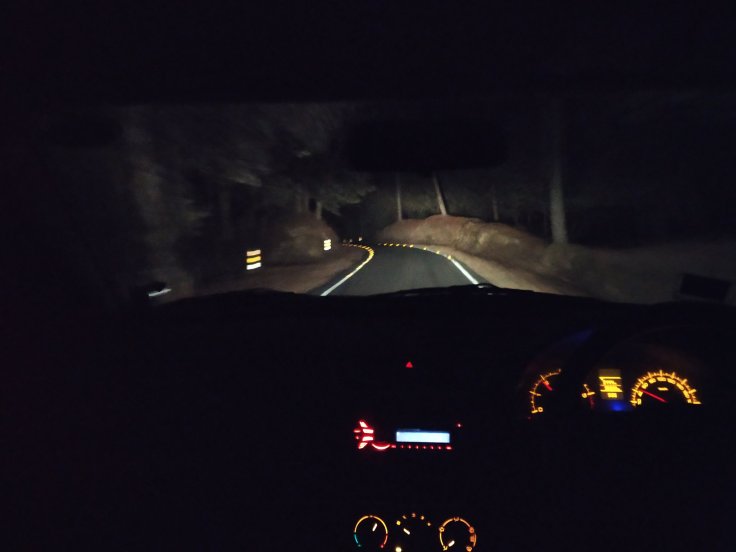 We went out with our host and had drinks in the middle of the darkness with headlights on. He told us about his mountain running and some stories about how he ran until the highest motorable road of the world – Khardungla pass. We came back and he took us to the roof of the house. We were freezing. But then we looked up and saw a blanket of stars right above us. It felt as if we would extend our hands and pick one. The sky looked so close. We spotted Orion. Our host told us stories of how he chased a jackal with his dog ‘Zara’ the other day. We had dinner which was prepared mostly by local vegetables and spices. We had the famous palm jaggery in dessert. The food served was authentically local and that is the best part about living with a local family. 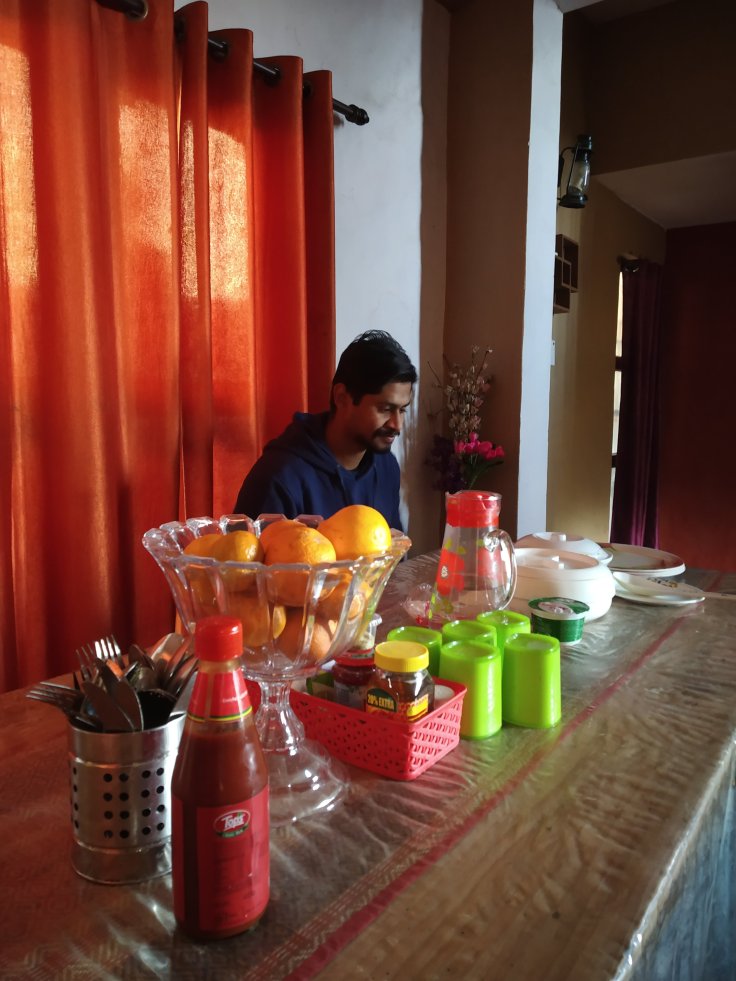 We were tempted to watch the sunrise and so we slept early, hoping that the clouds will clear up and we can spot Nanda Devi and sun rising from behind it.
It was 6.30 in the morning and I opened my eyes to the lilac sky that our room overlooked to. 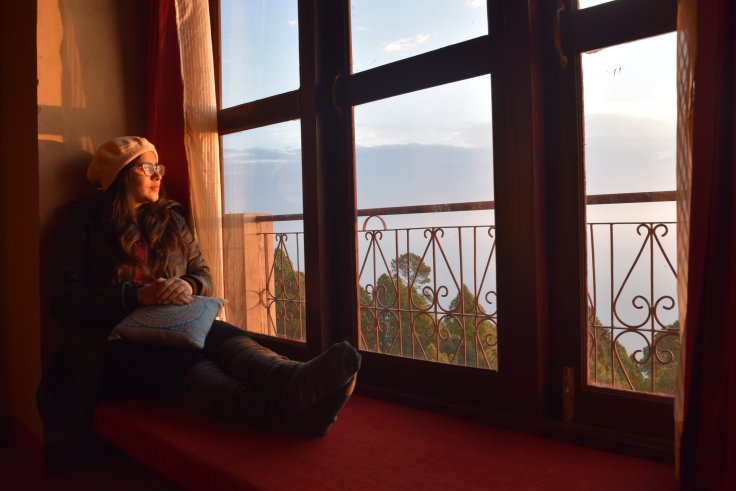 I jumped out of the blanket and located the camera to capture a time lapse. As I did I realised that I came out of the blanket barefoot and wearing only a t-shirt in 2 degrees temperature. But this is what the beauty I witnessed had asked for. Every time a wave of chilly wind flew, it embedded the vision that my eyes saw, deeper in my skin. Like a hammer works on an anvil, shaping something, to beautifully preserve, for years to come.

Later in the morning after we witnessed a complete sunrise standing right in front of some prominent mountain peaks, we had breakfast. Our host led us for a meander to trails around and we went for a little hike. 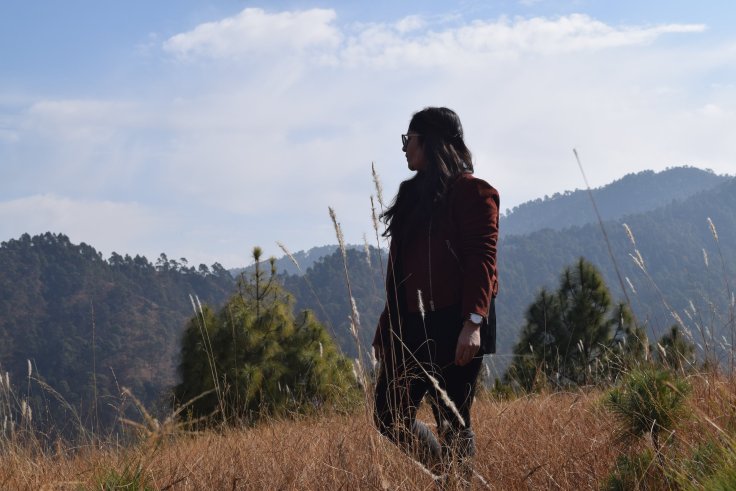 We went exploring some old houses which remained after the villagers migrated. We sat at the top of a mountain, watching birds and clicking pictures. It was so peaceful that we could clearly hear the pecking sound of a woodpecker. 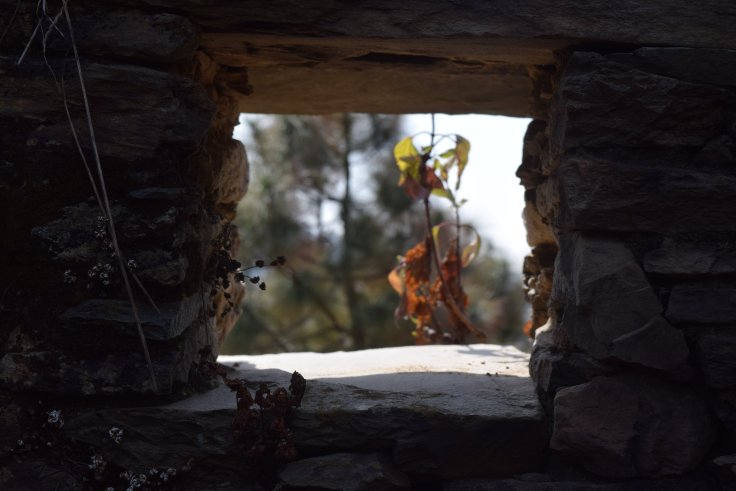 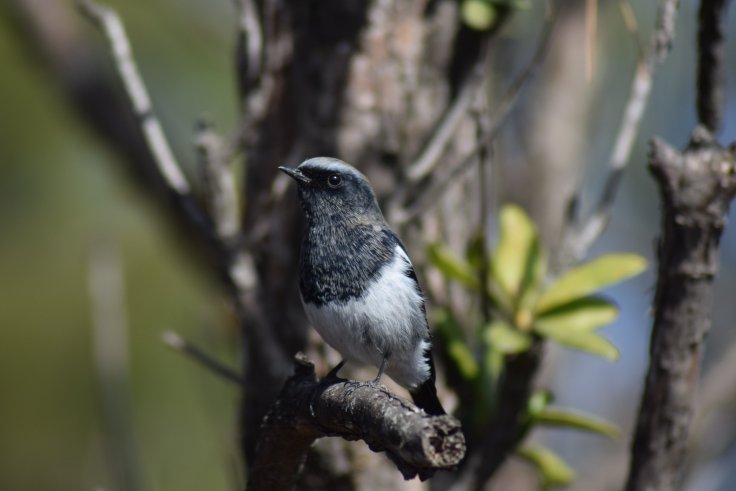 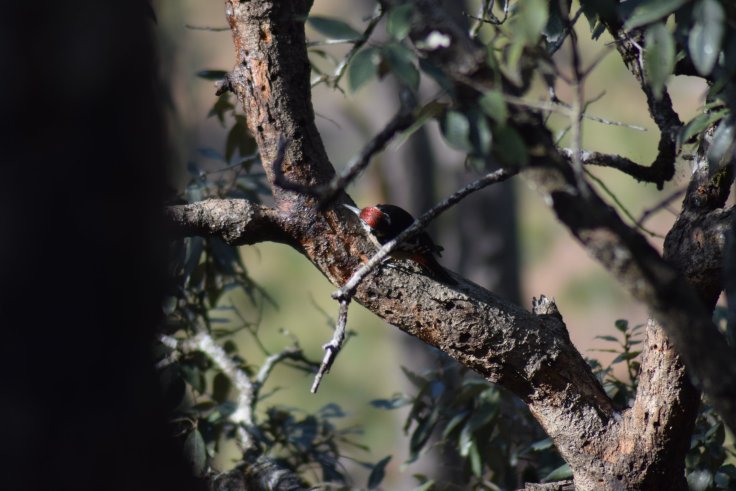 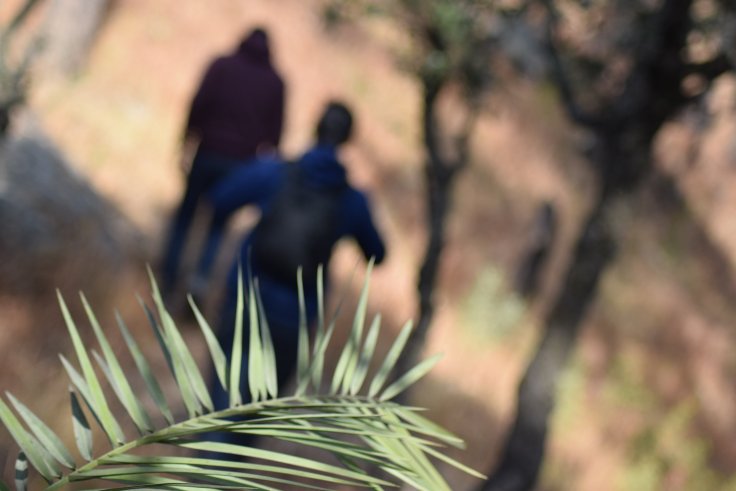 It was an amazing experience and it was even better because we had our host Mr. Ravat who told us stories all through the way. And his spirit as a mountain runner was so infectious that we just blindly followed him. And he would, at regular intervals look back for us and tell us things like, “Are Quechua ke shoes pahan ke sochna nahin chahiye. Climb up cummon.” So yes, thanking My Local Dost and our coolest host Mr. Ravat, we close this blog looking forward to visiting him again and other such amazing hosts more often. 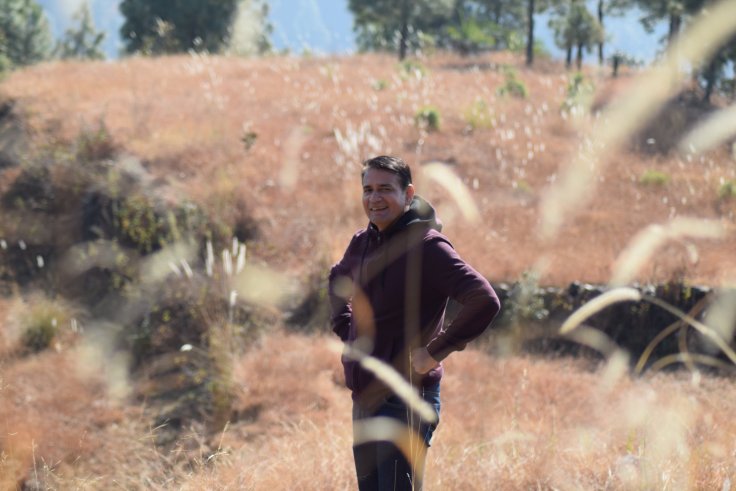 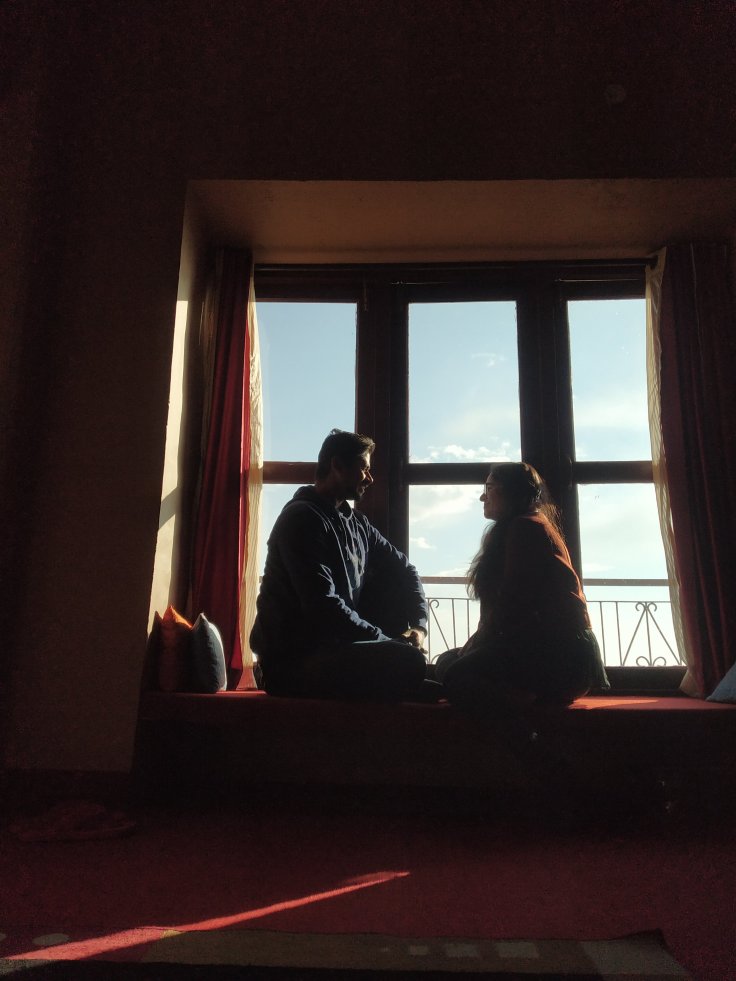 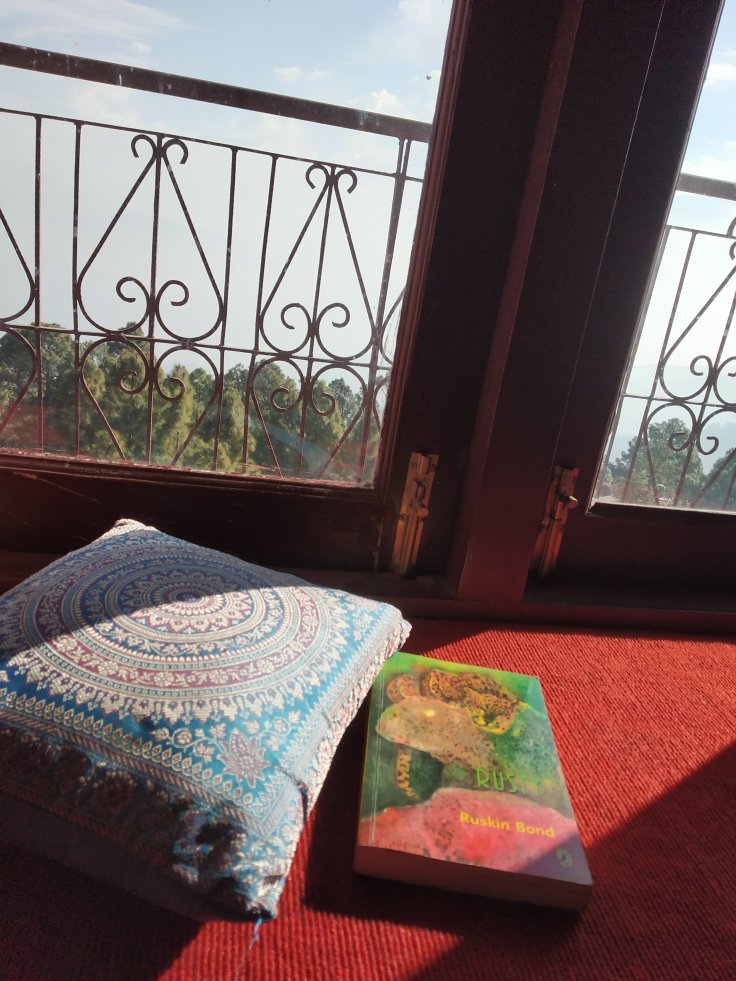 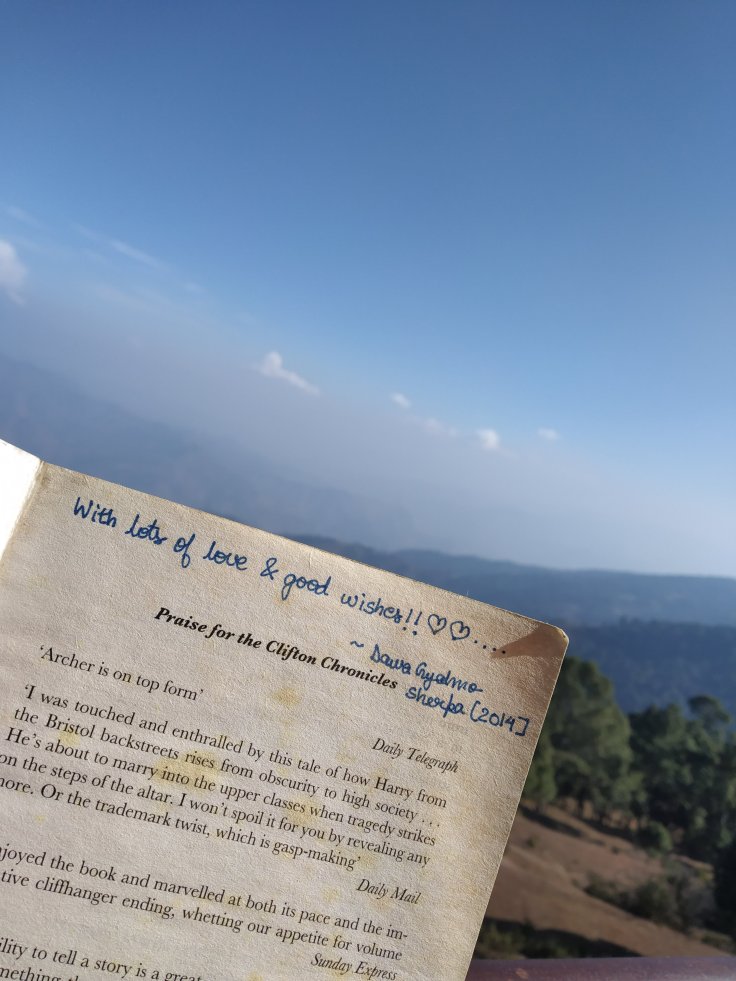 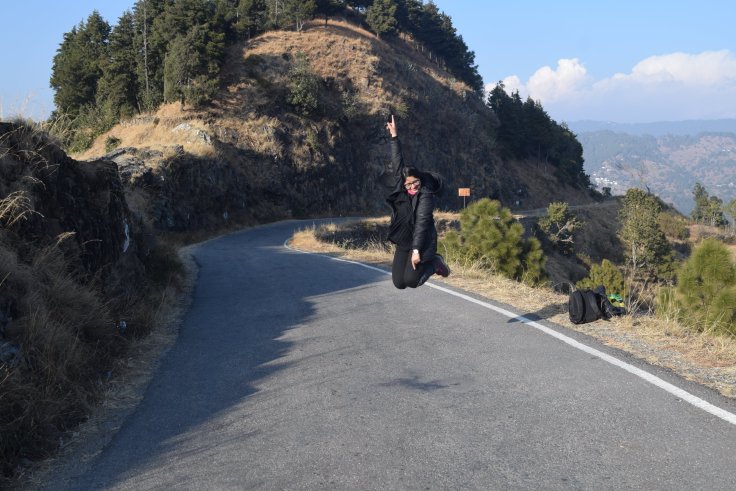 “Manila is not just in Philippines, we too have one,  hidden somewhere in the Kumaoni hills, eclipsed by the famous destination, Jim Corbett. Thanks MylocalDost for unboxing this hidden gem for us. Hope this place remains as is when we come back. And yes, I truly agree with MylocalDost after this experience – we can save our destinations while exploring them if we choose to do it the local way – Locals are the real residents unlike hoteliers, they know the importance of sustaining their place. And the best part for a traveller is we get such an authentic experience of the place and know so much more about the diversity of our country through locals. Definitely a win-win!

One of the best offbeat weekend long drive – perfect for peace lovers. ” Living in the wild like mowgli - Kyari, Jim Corbett 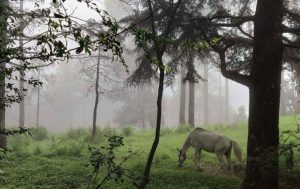